Every year, to mark the anniversary of the March 18, 1937 Texas School Explosion, I salute a Healthy Schools Hero who demonstrates extraordinary responsibility and inspirational leadership for safety in schools.

The Healthy Schools Hero Award is an annual opportunity to tell the forgotten story of the worst school disaster in American history, to raise awareness of the urgent need to break the silence about serious hazards and unhealthy conditions in today’s schools, and to celebrate the kind of leadership that can save lives.

The 2010 Healthy Schools Hero is Marc Tafolla, a Skadden Fellow at the Lawyers' Committee for Civil Rights Education Opportunity Project (EOP) in San Francisco (formerly called the Education Equity Project.)  Tafolla’s accomplishments are a model of how to break the silence about hazards and fix unacceptable school conditions. (http://www.lawyerscommittee.org/projects/education/) 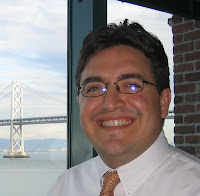 A staff attorney, Tafolla oversees the Education Opportunity Project (EOP). It is a joint project with the ACLU Foundation of Southern California. Tafolla’s work strengthens parent involvement and community partnerships to make schools the safe havens that children deserve.
Tafolla, with the support and oversight of Brooks Allen of the ACLU-SC, helps local individuals and groups fix schools using the landmark Williams v. California settlement that mandates clean and safe facilities, qualified teachers, and up-to-date text books in California schools.  Tafolla, along with Allen, authored the EOP’s manual, Better Schools, Brighter Futures. Also see: Your Schools, Your Rights, Your Power


By resolving a large number of Williams complaints, the EOP has created safer learning environments and better educational experiences for many of the Bay Area’s most vulnerable students.

Watch the video "The Fixer" to see how PTA parents, teachers and the Lawyer’s Committee for Civil Rights used the Williams process to resolve longstanding problems such as mold, electrical hazards, decrepit bathrooms, dust encrusted air vents and other unhealthy conditions that had been neglected for years.

"The Williams Complaint gave us the forcing mechanism we needed to get repairs done at our school after years of minimal responses from the district. With extensive help from the EOP -- including many site visits and phone conversations--we filed a complaint listing more than 150 health and safety hazards -- and began to see a response right away. Exposed wires were covered, water-damaged ceiling panels replaced, and dust-clogged vents cleaned out. We even had our leaking gym roof retarred, and the board has just approved work on our HVAC system and bathrooms. We are so grateful to Marc Tafolla and the EOP for showing us how to use the Williams Complaint and for walking us through every step of the process." April, 2009

Prior to the Williams settlement, claims of “discrimination” needed to be based on a child’s ethnicity, special education status or English language fluency.  “Now, anyone who sees a hazard can file a complaint about unacceptable conditions in a school.” Says Marc Tafolla.  “Most importantly, Williams complaints work.”

Read about other successes below.*  Also see: What is Williams?

The Education Opportunity Project, with the help of pro bono attorneys from four law firms, does community outreach, provides trainings, and files complaints on behalf of parents, students and community members and builds grassroots partnerships to remedy unacceptable school conditions.


“Marc Tafolla is amazing. Marc has created an effective process to resolve problems that doesn’t polarize people. The result of his work is that the people become involved in a solution that impacts not only students, but also staff and a community. Imagine a process that results in improving accessibility to running water in bathrooms, pipes that aren’t exposed and presenting a safety hazard, comfortable environments that are conducive to learning, mildew free classrooms and offices, teachers who have materials to offer all children in all classrooms. His passion to offer collaborative opportunities to improve the health and safety for both students and staff is a gift to California. In fact, the process he promotes offers a model that could be shared in other states to improve the overall school conditions improving academic outcomes.”

Like earlier Healthy Schools Heroes, the 2010 Healthy Schools Hero can inspire others to speak up and take responsibility for implementing the 21st century standards and safeguards that protect children where hazards and unhealthy conditions in school are routinely ignored – especially in science labs, storerooms, maintenance departments, supply cabinets and art and vocational education classrooms. 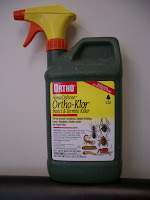 The Heroes Award is part of an ongoing campaign, Lessons of the 1937 Texas School Explosion, to dedicate March 18 as a day to promote a school culture that brings "safety" from the margins to the core of school curriculum and community culture.

The story of the 1937 Texas School Explosion needs to be part of our national legacy because the decision-making that created and ignored the conditions that led to the 1937 explosion is the same type of decision-making in too many schools today. See Bring the Lessons of 1937 to Your School and Update your chemical inventory.

A Lack of Precaution

On March 18, 1937, in the small oil-rich town of New London, Texas, a gas explosion killed 319 students, teachers and visitors while in the supposed safe haven of a new state-of-the-art public school.  Hundreds were severely injured.

The official Court of Inquiry found a series of design, building and operations problems, yet named no one responsible.  The Court concluded, “school officials were just average individuals, ignorant or indifferent to the need for precautionary measures, where they cannot, in their lack of knowledge, visualize a danger or a hazard." (Court of Inquiry, 1937.)  Read more: What went wrong?

After this tragedy laws were passed to require adding a warning odor to natural gas.  And, the Texas Engineering Practice Act was created to set standards to "safeguard life, health, and property and protect the public welfare."

Surprisingly, additional safety measures recommended by the 1937 Court have yet to be implemented in most 21st century schools -- to hire technically trained administrators for modern school systems, to conduct more rigid inspections and more widespread public education, and to adopt a comprehensive, rational safety code.

* EOP Activities and Accomplishments in the past 2-1/2 years.

EOP has given approximately 70 presentations to over 1600 people all over the Bay Area.  The majority of these presentations are to small site-based groups and range from introductions to in-depth trainings.

EOP has filed approximately 650 complaints on behalf of 89 individuals.  (While one single individual acts as the complainant, those complaints may be based on dozens of teacher surveys and parent observations.)   Between September 2009 and March of 2010, EOP helped 15 individual complainants file approximately 200 complaints about instructional insufficiencies, locked and closed restrooms, and school facilities which pose a danger to the health and safety of staff and students.

The facilities complaints have ranged from broken heaters at an entire school; mouse, rat, and pigeon infestations; a classroom with windows that did not have emergency releases for the bars in case of fire; and a portable classroom with such pervasive water intrusion problems that a mushroom was growing through the tile floor.

Hayward Unified:  EOP partnered with community members in Hayward Unified to file over fifty complaints related to unsafe school facilities.  Students passed out surveys, teachers detailed deficiencies and helped the EOP conduct a campus inspection, and parents lead the organizing efforts overall.  When EOP presented to the group initially, they said that they had been inspired by the EOP’s work at Claremont Middle School; the informal leader told EOP staff that she wanted her high school “to be the next Claremont.”

United Teachers of Richmond use of the Better Schools Manual:   After distributing at least one manual to each school site, the EOP intake line started receiving calls for assistance from teachers and parent who used the Better Schools, Brighter Futures manual to identify complaints.  The United Teachers of Richmond requested a large number of manuals for use by teachers and staff.  The manual was also translated into Spanish by a dedicated group of volunteer translators to ensure that we can properly conduct outreach to the Spanish speaking community.

Civic Engagement/Youth Development: The EOP has also been working with the Civic Engagement and Youth Development initiative including groups and schools such as the Richmond High School Law Academy, SF Youth Commission, Coro Fellows, and a Social Justice Academy to lay the groundwork for increased student engagement in Williams work.