As I watch the Usw Gasworkers videos of replacement workers’ hazardous errors and read the reports of the utility companies’ flawed operations and the failures of state and federal oversight, I am reminded of the 1937 Texas School Gas Explosion that killed more than 300 students, teachers and visitors. 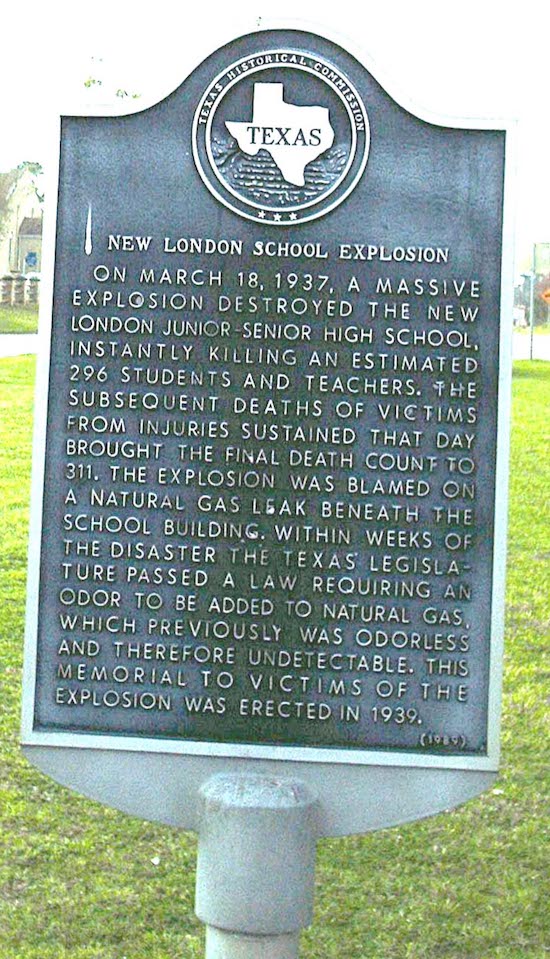 In 1937, school, town and oil company officials ignored warnings and agreed to look the other way as their unnecessary shortcuts and reckless indifference endangered a whole generation in a small East Texas town. Yet while the Court of Inquiry identified a series of design, building and operations problems and unheeded warnings, they named no one responsible. They concluded that school officials were just "average individuals, ignorant or indifferent to the need for precautionary measures, where they cannot, in their lack of knowledge, visualize a danger or a hazard." (Court of Inquiry, 1937.)

Today no one can claim that we cannot visualize the danger of our leaky gas infrastructure. Only those willfully blind are indifferent to the photos of explosions and fires in Merrimack Valley, the stories of death, injuries, devastation and trauma, and the system wide long-standing deficiencies such as those detailed in the November 1 USA Today article.

The danger grows by the day.  None of us can ignore the fact that thousands of leaks in Massachusetts communities have gone unrepaired for years while the utility companies charge customers millions of dollars for the lost gas.

We have learned that old records and maps of the pipes and turn-off valves, if they exist, can be dangerously misleading and inaccurate. And many repairs do not stop the leaks. Even after ruptures and explosions are repaired, as in Prince George BC and in Merrimack Valley, the supply can be unreliable for a long time.

The truth is that, even if the utility companies had enough money to replace all the pipes, which they don’t, there are not enough field inspectors to oversee the quality of pipeline work. They do not have enough qualified personnel to do the work yet they continue to lock out experienced union gas workers. Nor are Governor Baker’s appointments to the Department of Public Utilities diligent in their oversight of the utility companies. The danger is heightened by state and federal safety regulations and standards that vary widely and often are not enforced.

No More Willful Blindness. The 1937 disaster resulted in a law requiring adding mercaptan as a warning odor to natural gas. As a result, in our own neighborhoods, we can smell the sulphurous “rotten eggs” when we walk our children to school or take our dogs around the block or go out to pick up the newspaper. Sometimes the odor is so strong we can smell the gas as we drive by, especially where holes have been drilled in the street pavement to vent the fumes instead of fixing a leak.

Inspirational Leadership. The growing grassroots organization Mothers Out Front has become a bold public advocate for policies and standards that respond to the threats of climate change and for accountability from government and corporate officials.

Breaking the silence. Rooted in a shared sense of unquenchable responsibility, Mothers Out Front state and community teams have built partnerships to fight for improved maintenance of the aging gas distribution system and to expose the health impacts of fracked gas all along the supply chain. Their ultimate goal is a swift complete and just transition away from fossil fuels and toward a future based on clean and renewable energy.

Mothers Out Front Newton applauds Newton Mayor Ruthanne Fuller and City Councilors who have taken an honest clear eyed look at the dangerous condition of our aging gas pipelines and the inadequacy of the gas companies’ operations. Their October 30 letter calls on Governor Baker and the MA Department of Public Utilities to live up to their statutory responsibility and act immediately to safeguard our community.

Use Less, Green the Rest. Mothers Out Front Newton is grateful to our City officials for speaking up for the safety and sustainability of our community and taking meaningful steps to promote clean renewable energy and energy efficiency in City programs and policies.

Lessons Learned. Indeed, we can all visualize a livable future and must take responsibility for achieving it.

Newton Pushes Governor On Gas Regulation After Merrimack Valley, 'We count on you to protect us from the risks associated with the use of natural gas,' say the Newton Mayor and City Councilors in a letter. Nov 1, 2018.

Lessons of the 1937 Texas School Explosion