The fateful day was Thursday, December 5, 1957. People were going about their normal business on a weekday...going to the store, keeping appointments, seeing to some early Christmas shopping. Some folks were simply out to cast their ballot in municipal elections going on at the time, but shortly after 11 a.m., a natural gas explosion took the lives of 12 people and injured at least 20 others...changing the lives of so many in an instant.

In 1997, the 40th anniversary of the explosion, the Douglas Sentinel published an article recounting that fateful day. Many folks remembered the sound of the explosion...“a loud whoomp, that was more like a clap than a bang...and others said that the town suddenly looked as if it had been hit by an atom bomb.”

Around 11:00 a.m. on December 5, 1957, a natural gas leak under Berry’s Pharmacy caused an explosion that destroyed four buildings and damaged several others in Villa Rica’s downtown. The explosion killed twelve and injured twenty. The tragedy highlighted the need for both an organized local emergency response unit and the use of odor in the natural gas supply.

In 2013, the damage is long repaired, but the tragedy won’t ever be forgotten.

The Science of Citizenship. What’s at stake when schools skimp on science? by Belle Boggs. Published in the November/December 2013 issue of Orion magazine.

Science education is the cornerstone of cultural literacy, Belle Boggs argues. Yet in the U.S., students are woefully uneducated in science, and unprepared for the present and future challenges of climate change.
Read "The Science of Citizenship" to explore what the ideal science classroom looks like and what some schools are doing to improve science education--and our future.

Who Is Your 2014 Healthy Schools Hero?

Send your hero's story, name, and email/phone # by February 1, 2014 to healthykids@rcn.com

The annual Healthy Kids Healthy Schools Hero Award was created as an annual opportunity to tell the story of the 1937 Texas School Explosion and to inspire leadership to protect children from the chemical hazards and unhealthy conditions in today's schools.  (HEROES 2004 - 2013)

March 18, 2014 is the 77th anniversary of the 1937 Texas School Explosion -- the worst school disaster in American history. Just minutes before the end of the school day, a gas explosion killed more than 300 people, mostly students. In their new state-of-the-art public school no expense had been spared except when it came to safety.

Lessons Learned. Lives Saved. The disaster resulted in a law that required adding a warning odor to natural gas, thus saving millions of lives all over the world. However, the false economies and short-sighted decisions that led to the 1937 explosion are still common in too many schools today.

Send your hero's story, name, and email/phone # by February 1, 2014 to healthykids@rcn.com.

- - -
*Photo (Ellie Goldberg, March 2005)
The cenotaph, erected in 1939 is the memorial to victims of the 1937 school explosion. The sculptural block of Texas granite depicts twelve life-size figures, representing children coming to school, bringing gifts and handing in homework to two teachers. Around the inside of the base are the individual names of those who died.  The Egyptians defined a cenotaph as a symbolic tomb, honoring the dead but not containing the body. It is a sepulchral monument erected to commemorate a person or persons buried elsewhere.
Posted by Ellie at 4:04 PM 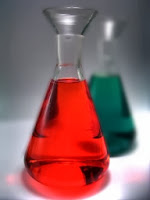 Do we have a false sense of security regarding safety in our labs? A recent study commissioned by the UCLA Center for Laboratory Safety suggests that this may be the case.

Thanks to Laboratory Safety Institute for calling attention to this article. 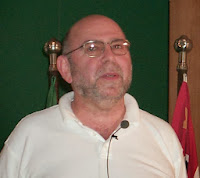 
1. Passing a law does not solve the problem

2. Management (schools and elsewhere) may not be competent to manage highly hazardous technology.

3. Only vigilance by workers (teachers) and users (parents) can ensure compliance -- and sometimes may not be enough.

See the complete talk at LINK