Todd Dresser, CHMM, TURP, Nashua, NH, excels at managing the risks as well as the politics and psychology of hazards in schools and communities. He is a Senior  Project Manager at Hydro-Environmental Technologies, Inc. (HETI), Acton, MA. 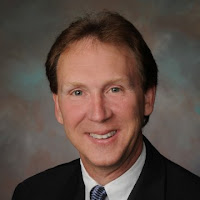 Todd is widely admired for making it easier for people to do the right thing. He is a master at communicating the benefits of safety and sustainable principles and changing the mindset from resistance, avoidance and “waiting to get caught” to eagerness for technical assistance.


Todd emphasizes “lessons learned” in his professional consulting work, his public advocacy, and in his publications, training and teaching. He is known for his extensive knowledge, expertise, and field experience in hazard analysis and mitigation, site assessments, industrial hygiene, pollution prevention, brownfields, occupational health and safety, and emergency plan review and development.


Environmental Health as a Public Service

As an environment management professional, Todd has always acted as the eyes and ears as well as the voice of the community whether the issue is water quality, waste site cleanup, emergency response, or school environmental health and safety. He is dedicated to promoting accident prevention and risk minimization, to correcting deficiencies in operations, and to helping people learn from mistakes.


For over twenty-five years, Todd has built a track record of success helping companies and municipalities improve compliance and safety. Using terms such as “resource management,” he keeps a strategic focus on aligning “compliance” with the bottom line. He offers companies ways to increase efficiency, meet regulatory requirements and become more competitive while reducing risks to workers and the community. He connects companies and community members with similar needs and promotes positive relationships and trust between companies and agency personnel.


“The key to my success has been my ability to break large complex problems down into smaller manageable tasks which has allowed me to make incremental improvements.”


Todd helps business see that some materials considered waste have value and can be sold. He helped one company market one of its hazardous waste streams to a second facility that could use the material is an ingredient for one of its products.  This allowed the first company to eliminate the disposal cost for this waste while also reducing its regulatory responsibilities.

A second firm benefited by obtaining a product input at a lower cost from an in-state source.  This saved money for both firms and prevented pollution be extending the useful life of the solvent and decreasing the need for transportation.  This was a win for both businesses and the Commonwealth of Massachusetts.


Public Advocacy
As an environmental engineer for the Burlington (MA) Board of Health from 1991 to 2004, Todd worked on a variety of challenges including 160 hazardous waste sites and serious school indoor air quality problems. He discovered he loved public advocacy.

One of the political realities of conservation and environmental protection is that municipal boards are often connected to developers. They may be unaware, indifferent or even hostile to environmental risks or health concerns.


In one case, developers and the municipal officials planned to build a golf course on a 350 acre parcel. In order for the community to operate and maintain the golf course, the town would have had to install and fracture a series of bedrock wells to supply water to the new course. The site was located adjacent to an industrial park that contained numerous chemical spill sites. As a result, the new well would likely have captured and re-located contaminants from 15 to 20 nearby plumes. This could have created significant financial liability for the community. Todd spoke up at town meeting to explain the risks of the project. It was an uncomfortable presentation but it got the community’s attention. They didn’t build the golf course.


Todd knows that community residents may have unrealistic expectations when they think that local municipalities have Emergency Plans and are prepared for industrial accidents that might threaten the community. People often assume that their local officials know about the risks and are prepared to respond to any accidents.


“In reality,” says Todd, “most don’t know and/or don’t care. The sad reality is that, in many places, Emergency Plans don’t exist. Most officials are not qualified technical experts to complete the hazards analysis and to manage hazards. They do not monitor for problems with infrastructure or old contaminants.”


In 2000, the US EPA Region 1 presented Todd and the Burlington Board of Health an EPA Merit Award for its innovative Universal Waste Recycling Initiative for reducing the amount of mercury and heavy metals in the waste stream. It was a model for other communities.

Todd’s environmental awards and recognition, in addition to the EPA Merit Award, include three Massachusetts Governor’s Awards for Outstanding Achievement in Toxics Use Reduction, and recognition by the Ford Foundation and the Harvard School of Government for Excellence in American Government.


“I love working in academic environmental health and safety because often times no one speaks for the students or wants to address known safety issues. The status quo is simply the easiest path.”

Indeed, few parents imagine that their children are in harm’s way at school from old stockpiles of explosives and flammables in classrooms, labs, closets and storerooms. Many parents would be surprised to learn that many schools do not teach safety nor teach safely, even in science and vocational classes.


A case in point is Burlington High School where students and teachers were suffering mold-related symptoms  Members of the Board of Health were turning a blind eye to the conditions that included water infiltration, wet carpet, holes in the ceiling, barrels of moldy water, a poorly designed and poorly maintained ventilating system.


Concerned parents started calling the media and the state health department for help. After a chemical fire in a storage area Todd found serious chemical hazards throughout the school including unsecured chemical storage in the classroom, open chemical containers in boiler rooms and  maintenance areas, and the joint storage of incompatible substances in classrooms and maintenance areas.


“My inspiration is my dad who was an engineer. He died at age 55 due to occupational exposure. I was motivated to act In Burlington because I was disgusted by the problems I found and by the fact no one cared enough to try to improve things.”


After US EPA and state health department experts came out, the school system learned it would take $1.5 million to fix the problems.


While attempting to research and resolve the schools IAQ problems, Todd noted a lack of readily available guidance for identifying school environmental health and safety issues as well as a reluctance of regulatory agencies to get involved with school issues.

So Todd wrote a comprehensive analysis of the hazards, their contributing causes, and his recommendations for corrective action, "A Case Study of Environmental, Health and Safety Issues Involving the Burlington, Massachusetts Public School System Indoor Air Quality." It is a guide for parents, school staff, and public officials everywhere.

He wrote, "A significant problem noted was that no one employed by the school system had been assigned the task or made accountable to investigate or resolve environmental, health and safety concerns or complaints. As a result, such complaints were either ignored, disputed or referred to a consultant for resolution without  consideration for the original cause. This resulted in the long term persistence of many hazards."


“Even though some of the anecdotes I will report may suggest otherwise, our story is a success story in that we have made the effort to identify the concerns and to take action to correct the problems.”


The challenge can be professional as well as personal. In another school district, at the parents’ open house night, Todd saw the chemistry teacher do the dangerous woosh bottle demonstration, where a volatile flammable liquid was detonated in a 5-gallon water bottle as a demonstration of “fun with chemistry”. Fire officials define this as the detonation of an improvised explosive device in a place of public assembly because this demonstration routinely results in flaming liquids and shrapnel being projected into the observers.

Concerned, Todd shifted into professional mode. Although the school was only three or four years old, he noted the cabinet shelves in the chemical storage room were heavily corroded signaling a serious lack of ventilation and knowledge about hazards material management. Todd went to principal to share his Burlington School Case Study. And, even though Todd was a consultant for the Massachusetts Department of Environmental Protection, the school stalled at providing a chemical inventory. Eventually, the fire marshal found five fire codes violations.


The importance of safety has been a theme of Todd’s life. Todd studied at Bowdoin College where he received a Bachelor of Science Degree in Biology. Later, he earned a Master of Arts Degree in Environmental Biology from Hood College with a concentration in toxicology.


After college he went into the army where people with an interest in science and talent got resources and support. As a biological researcher in the US Army Biomedical Research & Development Laboratory, he planned and conducted aquatic toxicological research to validate the effectiveness of a rapid screening test.

Todd chose to screen four solvents that are commonly used in industrial and pharmaceutical applications for toxicological and teratogenic impacts (birth defects). He learned it didn’t take much to screw things up.


After the army he worked for private industry conducting superfund site investigations and quality assurance work for EPA and state environmental agencies. He gained insight into the politics of regulation. ”It was a great training ground.”


More recently, as a teacher of Environmental Science at Nashua Community College, Todd has enjoyed helping his students understand how environmental management and regulatory standards affect them. His students prepared maps with their house in the bull’s eye and then asks them to find information from the US EPA website such as Local Environmental Indicators Reports, Toxics Release Inventory for Communities and the Environmental Health Resources for Community Members.


In His Own Words 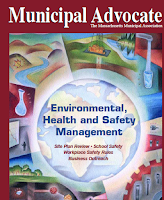 Todd is also a writer. Throughout his career, Todd has written articles, reports, guidelines, and case studies about his school and community pollution prevention activities and hazard management projects. As a result, we can see the world through his eyes. We feel his extraordinary commitment to excellence, to safeguarding our families, schools, workplaces and communities and to educating us all to be partners in the work of responsible stewardship of our precious resources.