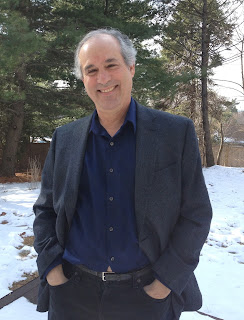 Rick is on the Faculty of Harvard Extension School and a Lecturer in Environmental Law at Boston University where he is the co-creator of the Regulated Community Compliance Project (RCCP). RCCP focuses on the relationship between government and the regulated community. It has provided training for over 3,000 real estate professionals on the lead disclosure rule and related regulations.
Protection Starts with Prevention

From 1989 to June 2015, Rick was a Senior Environmental Analyst at the Office of Technical Assistance (OTA) in the Massachusetts Executive Office of Environmental Affairs. OTA provides free confidential on-site technical assistance to manufacturers, businesses and institutions to reduce the use of toxic chemicals, energy and water.

Rick believes that typical agency enforcement, while necessary, creates an adversarial relationship. At OTA, Rick practiced persistent assistance, a strategic approach to helping businesses and communities learn about the laws and reduce hazards by identifying opportunities to adopt safer materials and processes that cost less to use and manage.

The Source Reduction Model of Inquiry

Rick was among the first in the country to do on-site visits for pollution prevention, emphasizing  the importance of helping companies find the best, most efficient environmental options without telling them what to do.  “As I worked with companies, I learned I just needed to ask questions, not prescribe solutions.“


He focused on educating, training and demonstrating alternative technologies. He promoted the benefits of the “practice of compliance” with regulations and meeting standards set by such laws as the Clean Water Act, The Clean Air Act, and rules for hazardous waste management.  He taught that source reduction and other pollution prevention strategies avoided costs, reduced liability, avoided fees and penalties.

By helping companies and communities to feel safe about reaching out and helping them meet regulations and standards Rick and his co-workers achieved high rates of willing compliance. Compliance rates increased more than 50%. “It was proof that a government program can have great results.”

Rick is grateful to OTA’s first director, Barbara Kelley, for her vision of working collaboratively with the regulated community. Others, such as former Commissioner of the Department of Environmental Management Jim Gutensohn and division director Michael Brown, deserve recognition for prompting the new approach. There was also Ken Geiser, creator of the Toxics Use Reduction Act, Lee Dane, who oversaw the first assistance pilot program, and consultant Robert Pojasek, a pioneer in pollution prevention, who helped Rick understand how to do the work.

“Being taken on hikes in the Catskills and New Hampshire as a child made me want to be in nature. I came back to school drawing pictures of mountains and trees.  My friends drew pictures of warplanes, ships and battles."

“My mother was an inspiration to me. She worked for the city of New York and did policy research and economic analysis. She predicted that the policy of deinstitutionalizing mental patients would lead to many homeless in the streets. She was right. She worked for years to get the city to recognize that it was not getting its full medicaid reimbursement. When the story finally broke, it was front page news. She didn’t get public recognition but she made such a big difference.”

His mother’s career gave Rick an appreciation and tolerance for the challenges of public service.  “I cared that she won the respect of all her co-workers and did work of excellence and impact.”

He saw that doing the kind of work that helps people and communities is tremendously satisfying and that leading an ethical life is a source of “happiness. The other motivating force was my mother getting cancer, her sisters dying of cancer, and others around me having cancer.”

Education for Innovation and Transformation

Rick attended Hampshire College with an interest in science and art. He made sculpture out of waste metal. He changed to a focus on the environment, energy and transportations systems. He researched alternatives to nuclear power and fossil fuels, and how to influence attitudes to prompt change. He graduated with a degree in “Creative Writing in the Public Policy of Science.”

Rick got his JD at Brooklyn Law School. In 1979 he was inspired by hearing a young Amory Lovins, cofounder of the Rocky Mountain Institute (www.rmi.org), whose talk on the “Soft Path” went up against a group of highly respected authorities and was entirely convincing.

Rick’s first  job in government was in the state budget office reviewing environmental programs. Next he investigated PCBs in public buildings such as prisons and community colleges. He found serious problems and wrote a report directing attention to violations of environmental rules in state facilities.

He pointed out that the federal Toxic Substances Control Act required immediate public notification and containment. It shook people up. Taking responsibility for the condition of state buildings was an uncomfortable new idea to engineers and agency administrators. When Michael Dukakis was Governor, there was a heightened awareness of the Commonwealth’s accountability.

Rick brought the concept of legal compliance to the table.

Rick’s formation of an interagency committee was supported by his supervisor. Members of the Departments of Health, Environmental Protection and Transportation enthusiastically participated. They supported Rick’s report on the need to better manage hazards in state facilities. The Executive Office of Administration and Finance asked how much it would cost to address the environmental impacts of state agencies.

Attorney General Harshbarger forced cleanups under the federal Resource Conservation and Recovery Act (RCRA), the public law for the proper management of hazardous and non-hazardous solid waste. (However, eventually new leadership came in and disbanded the committee.) However, Rick was later able to reestablish a team that provided assistance to state agencies in improving their environmental performance. This has evolved into the Lead by Example Program to address greenhouse gas emission reductions, energy conservation and efficiency, renewable energy, green buildings, and water conservation.

In 1993, OTA staff and community health agents such as Marina Brock, Barnstable County Environmental Health Specialist, did a series of school visits and discovered a high quantity of hazardous chemicals and unsafe chemical storage in schools. 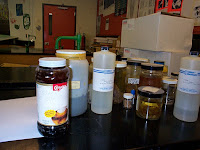 They found that school officials were often reluctant to acknowledge the hazards. Rick got a grant from the US EPA to fund an OTA initiated project, Chemical Use Reduction for Indoor Air Schools (CURIAS) (infohouse.p2ric.org/ref/16/15185.pdf). The program linked chemical use to poor indoor air quality and promoted chemical clean outs.  (See “Impediments to Implementing P2 in the Public Schools, Marina Brock, 1994.) 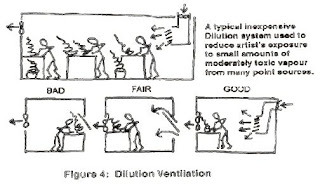 As an example of what schools can do to improve safety, Rick will never forget what he learned from Monona Rossol,  industrial hygienist and President of Arts, Crafts & Theater Safety, Inc.,. “Don’t just look at general ventilation rates. Ask if the airflow is bringing chemicals into the breathing zone.”

Later, Rick launched programs for environmentally preferable purchasing and trainings for schools, hospitals, and business networks. He received a US EPA grant for OTA to work with regional planning agencies and fire departments on preventive hazards management. 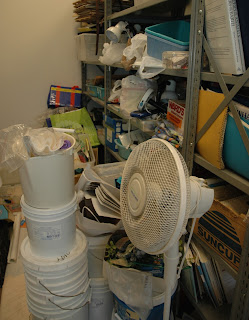 He also was a founder of the Business Environmental Networks and the National Electronic Products Recovery and Recycling Roundtable that prompted a national effort to address electronic waste. He is a former editor of Hazardous Materials Intelligence Report and the creator and editor of Radiation Events Monitor. 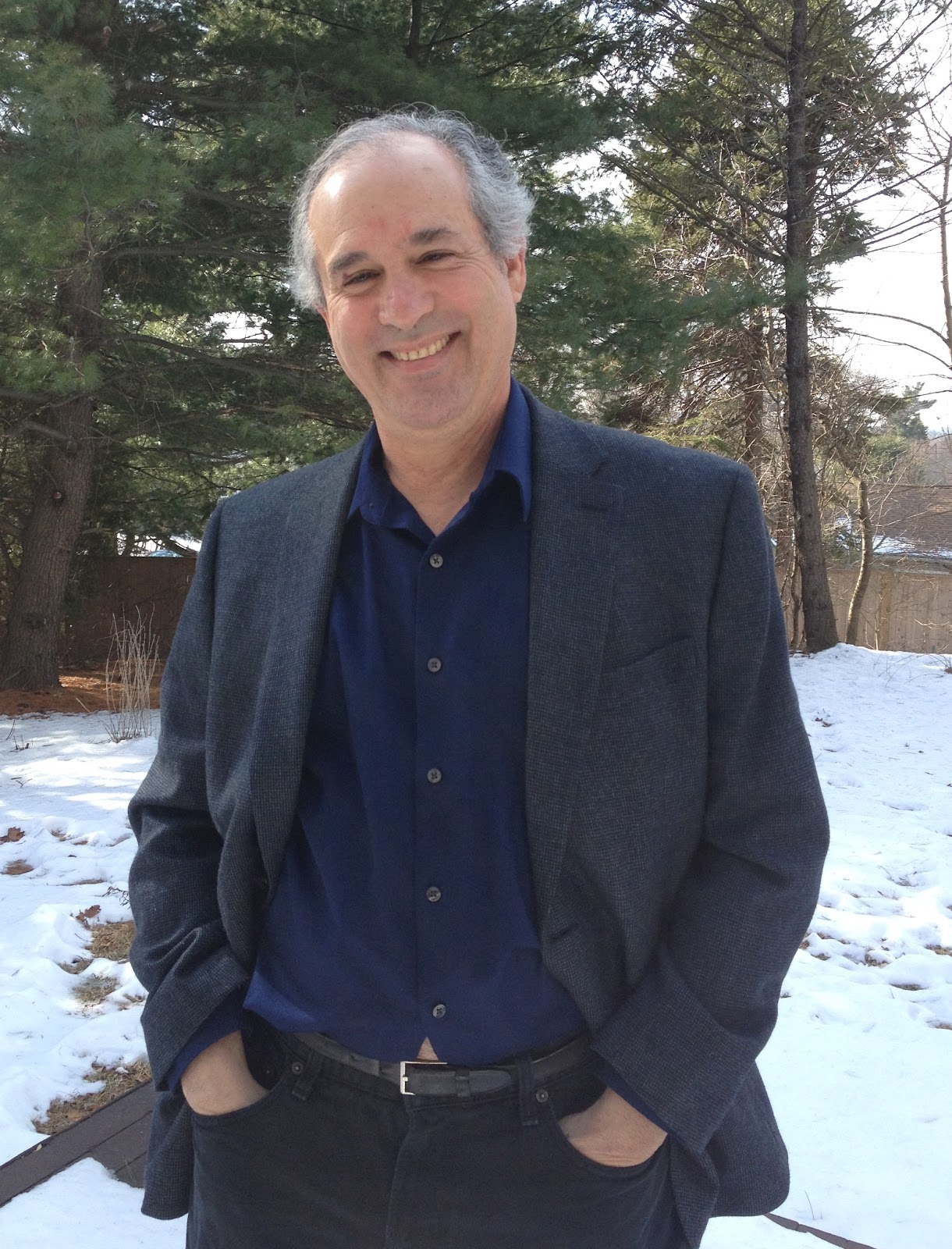