One lesson of the 1937 School Explosion story is that we can’t take it for granted that local officials and elected representatives make community safety or health a priority.

The poisoning of Flint’s water supply is another sad illustration of what happens when cutting costs comes before protecting the public.

To save money, the Governor's appointed city manager switched the public water supply to the long-polluted Flint River rather than from Detroit’s system. But the river’s water was high in salt, which helped corrode Flint’s aging pipes, leaching high amounts of lead into the water supply. Months of a poisoned water supply has caused serious acute, ongoing and long term damage to the residents, especially brain damage to the lead poisoned children.

To make matters worse, officials knew that the water was bad but there was denial and dismissal of residents concerns for over a year. More:  What Did the Governor Know About Flint's Water, and When Did He Know It? The Atlantic, January 9, 2016 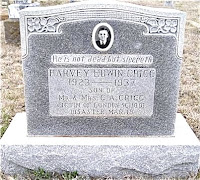 March 18, 1937, a gas explosion killed more than 300 students, teachers and visitors while they were in the supposed safe haven of a new state-of-the-art public school.

To save money the school board substituted a gas system for the steam system. They had ignored the architects' warnings that the building had not been designed to vent gas fumes. Then, the school board decided to hook-up to a free residue gas line while school and oil company officials agreed to look the other way.

An inquiry into the disaster reported other design, building and operations problems and unheeded warnings. Even though the gas had no odor, there were reports that students had headaches and burning eyes from gas fumes in their classrooms. One account describes students sitting in a classroom with jackets on and windows open to vent the fumes.

On March 18, thirteen minutes before school dismissal, a shop teacher flipped a switch to turn on a power sander and a spark set off a gas explosion.

Following the disaster, a law was passed required an odor in natural gas. Other recommended school safety measures have yet to be implemented in most communities.

Read more: The Unfinished Legacy: What was the 1937 Texas School Explosion?
Posted by Ellie at 10:46 AM